The Martin Bauer Group stands for delicious and high-quality natural products. Our founder, Martin Bauer, was fascinated by botanicals. Ninety years ago, he sowed a visionary seed. Thanks to his and his descendants passion for business and love of nature, in the meantime that seed has grown into a group of companies with over 4,000 employees.

Vestenbergsgreuth – The precise date that Martin Bauer started his company back in 1930 is not known, so the family decided to begin its 90th jubilee celebrations on Martin’s birthday, August 24th. From now on, that date will be the official anniversary. Because of the coronavirus pandemic, everything is different to how originally planned: no grand family festival in the summer, no big party for employees. Instead, various smaller and especially virtual activities for one year. Managing Partner Adolf Wedel took employees on a virtual journey through the history of the family business. Of course, there was also a special edition of the popular employee magazine, available in German, English and Chinese.  The celebrations continue until August 24, 2021 with several more activities planned for employees during that time. 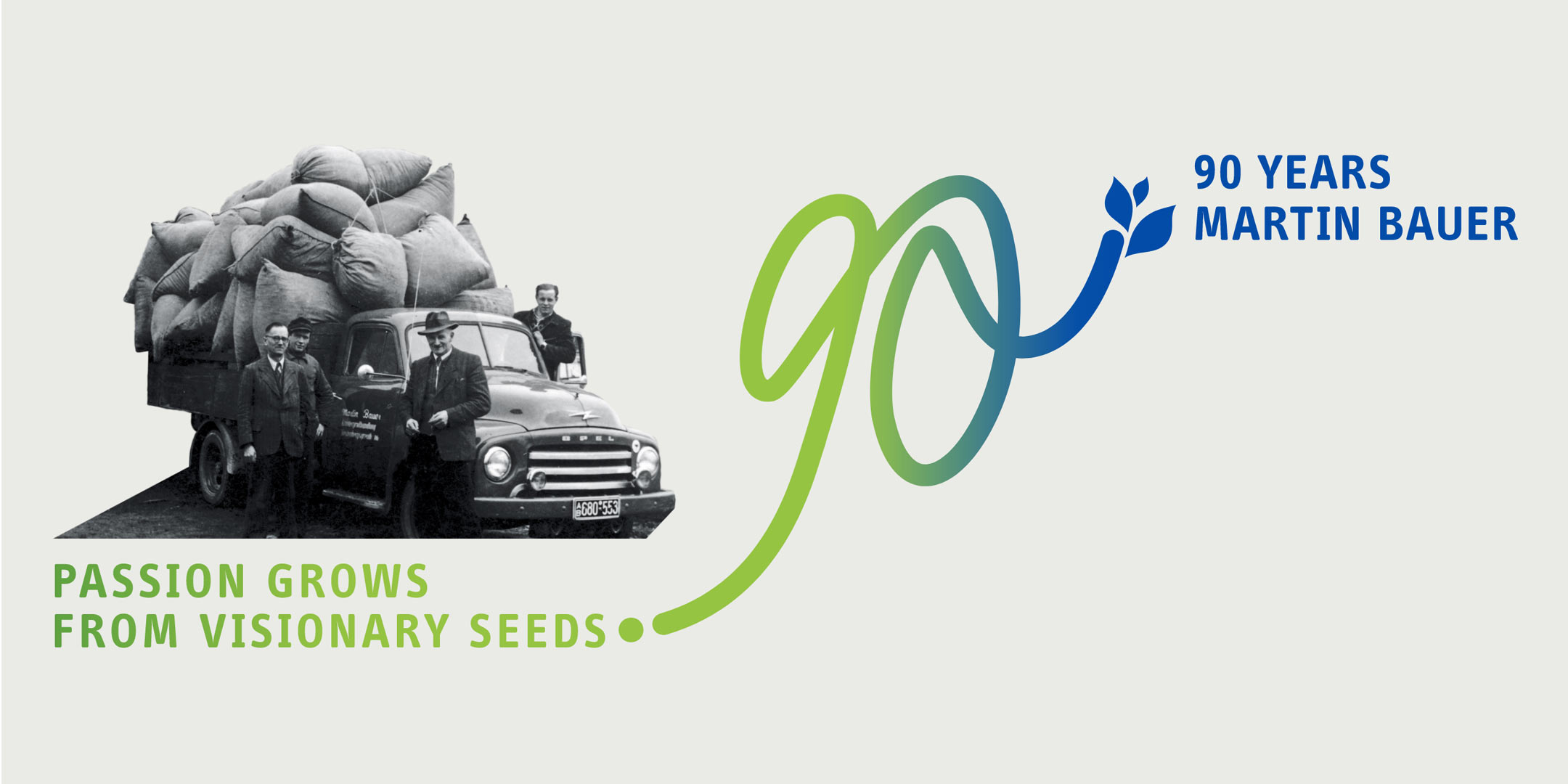 Where we came from

It all began 90 years ago at a small farm in Vestenbergsgreuth in the southern German region of Franconia, when a young farmer’s son named Martin discovered a passion for collecting wild herbs. He quickly had an idea for how to make money from his hobby. He would ride around on his bicycle, offering wild herbs to pharmacies, drug stores, health food stores and hospitals. Later, he laid out his own fields for cultivating herbs. In 1930, at the age of 28, Martin founded an “herb processing plant,” laying the foundations for today’s thriving international group of companies. The business grew, and soon the herbs from Bauer’s own fields were not enough. Martin began purchasing and processing herbs from elsewhere, although quality remained the top priority. The company was doing so well that before the decade was out, the helping hands of family members were no longer enough to handle all the work, and so the company purchased a tobacco-cutting machine. 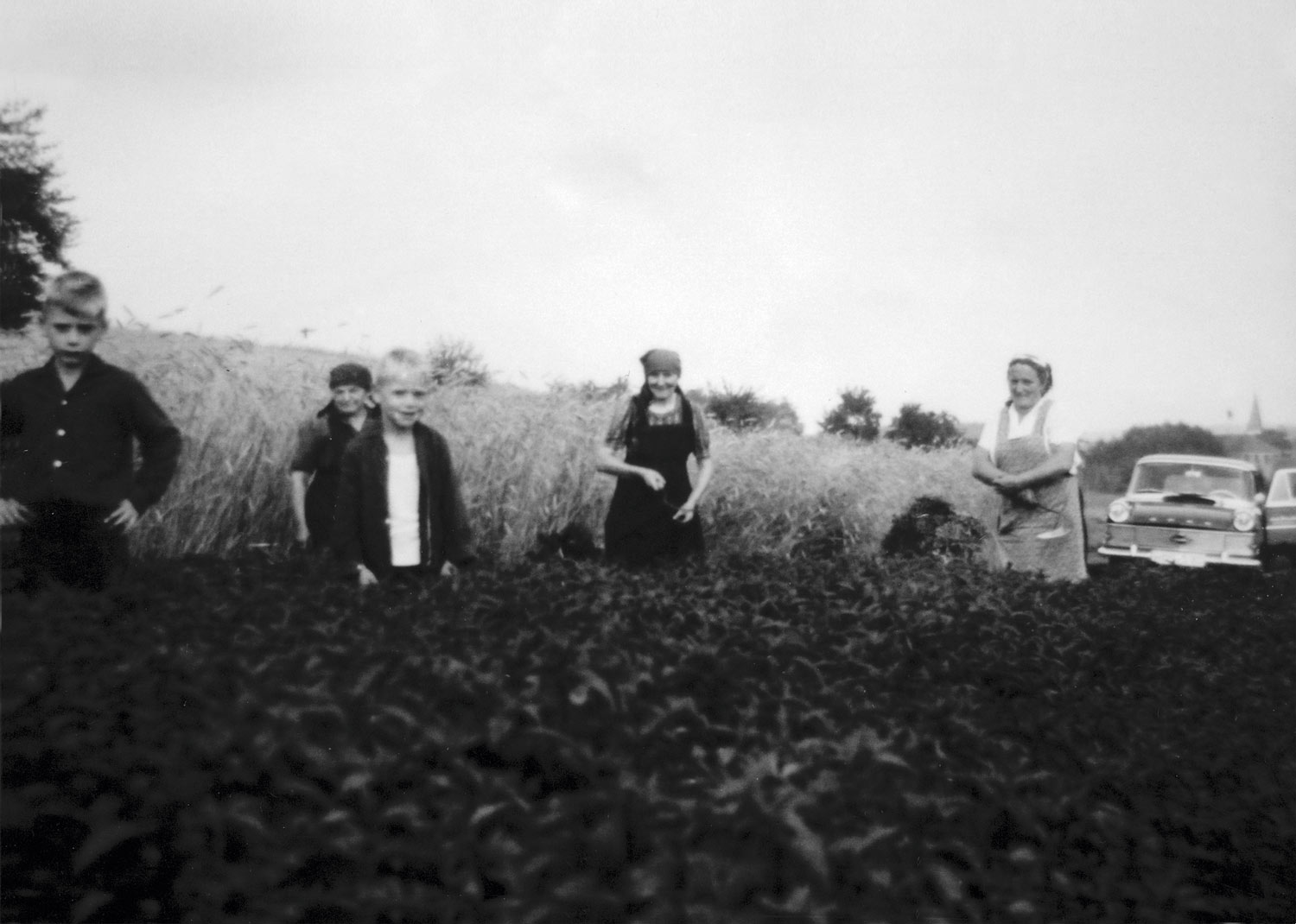 In 1952 Martin’s son-in-law Hans Wedel joined the company. This dynamic and farsighted entrepreneur transformed the herb wholesale business into an herb-processing company. Herbal and fruit teas became the most important product, later joined by medicinal teas and blends. From 1956 Martin Bauer turned his attentions to local politics, becoming mayor of Vestenbergsgreuth, but he never lost his passion for the business and his commitment to it. Even at an advanced age he would visit the company premises almost every day. 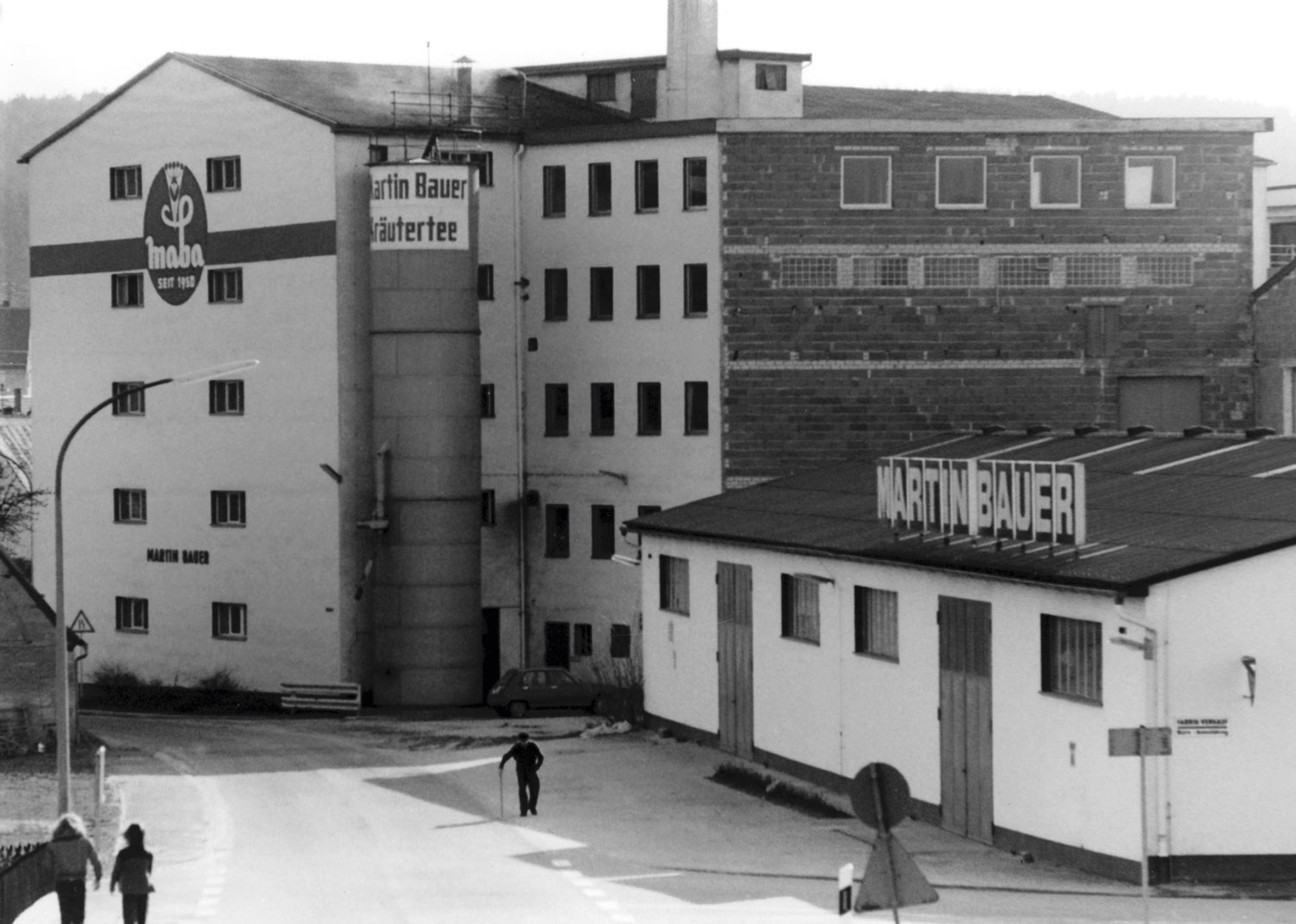 In the 1960s the business grew rapidly, partly thanks to a special method for producing fine-cut herbs and fruits suitable for packing in teabags. The modern machines could finely cut a total of 10 tonnes of herbs a day – enough to fill five million teabags! That was vastly more than the family produced in those early years, cutting the herbs arduously by hand. The hilly Steigerwald region that Martin Bauer and Hans Wedel called home didn’t have enough space to grow all the herbs the business needed, so from the early 1960s, Hans began looking elsewhere. He personally traveled to Eastern Europe on the search for appropriate supply partners, and found several reliable providers who could deliver the herbs needed to meet the ever-rising demand. Many of the business relations established during that time still exist today. 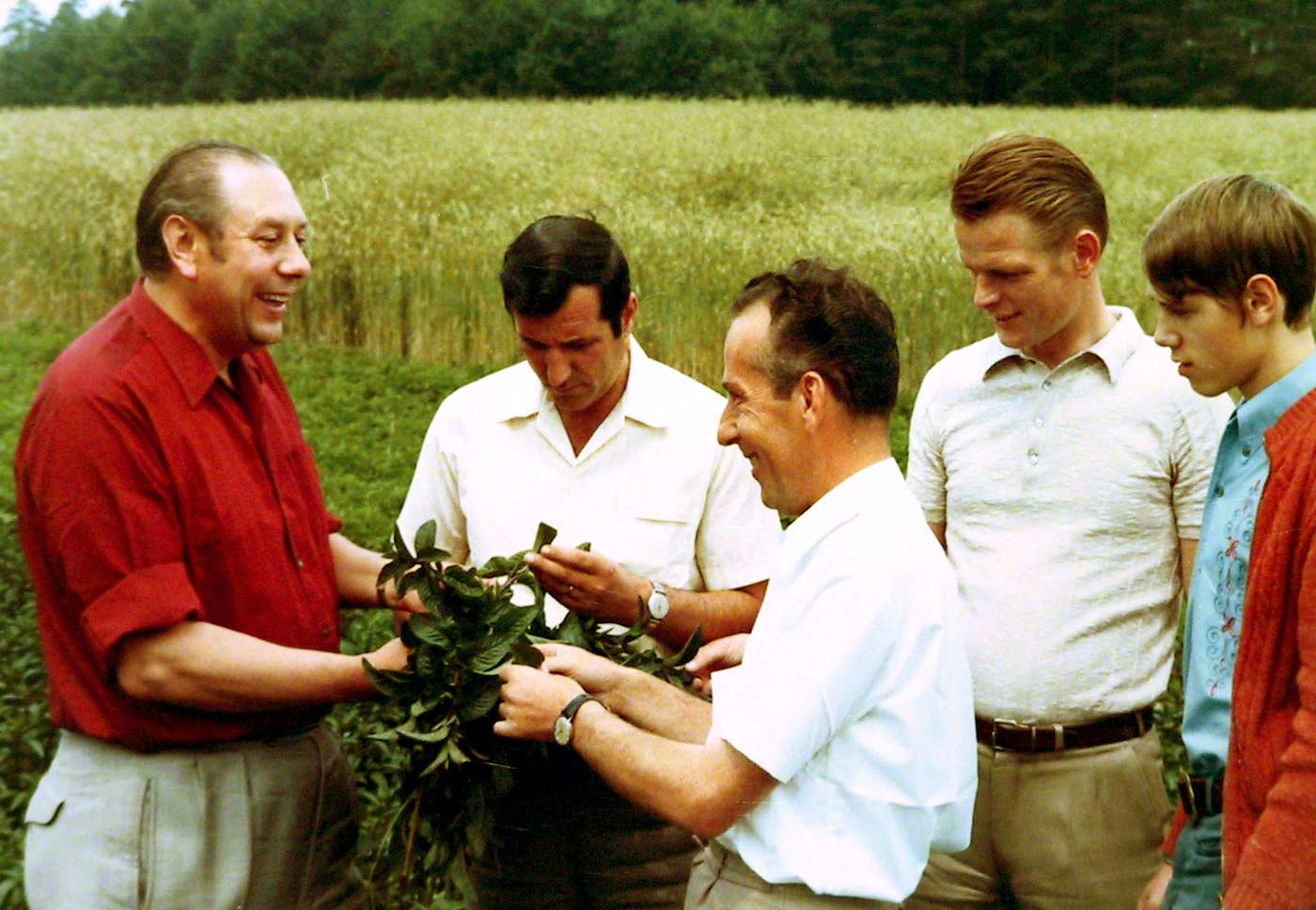 Global expansion, 1980 to the present

In 1980 the company expanded into the extracts segment with the founding of the Plantextrakt business unit. It also took over other companies such as Birkenweg and Finzelberg. In the 1990s the Group began building additional sites in Europe and acquiring other businesses around the globe. PhytoLab was founded in 1993. The former Martin Bauer company laboratory quickly developed into an independent accredited laboratory specializing in plant analysis. In 1998 the Müggenburg herb processing company was taken over and integrated into the Group – another important step. The new century saw the Group expanding into the Latin American and Asian markets. Martin Bauer built a large extraction plant in China, for example. The most recent addition to the family, in September 2020, was Core Botanica, North America’s leading wholesale supplier of peppermint leaf. Over the years, the company has had many inspiring executives. Hans Wedel’s sons Adolf and Martin were integrated into the company from a young age before joining the management. And Hans’ nephew Helmut Hack and Albert Ferstl contributed considerably to the company’s global advancement.

Where we are going

Investment in the future: sustainability goals, supply security, and commitment to our roots

Martin Bauer had a dream. He wanted to create something meaningful and lasting for the future. The third and fourth generations of the family business – Adolf Wedel, Anne Wedel-Klein and Martin A. Wedel – as well as all management boards feel equally committed to that idea. They believe that holistic, sustainable philosophy and action are a fundamental part of responsible business practice and a prerequisite for long-term, value-adding growth. It is a long time since a south German herb processing plant turned into an international group of companies, which for the past 20 years has been known as the nature network®. The Martin Bauer Group is one of four divisions within the network – known for its nine decades of experience in the herb business, its passion for fruits and botanicals, and its respectful and sustainable approach to nature. We acquire 200 different botanicals from more than 80 countries. Our warehouses can store 40,000 tonnes of raw materials, which means we are not at the mercy of bad harvests and can continue to reliably supply our customers, even within an uncertain global market. An automatic pallet racking system, installed at the headquarters in Vestenbergsgreuth in July 2020, provides additional supply security. As a company with deep roots locally but that operates globally, we are keen to promote sustainability both at home and abroad. The Martin Bauer Group published its first Sustainability Report this year, aligned with the Agenda 2030, the United Nation’s Sustainable Development Goals. 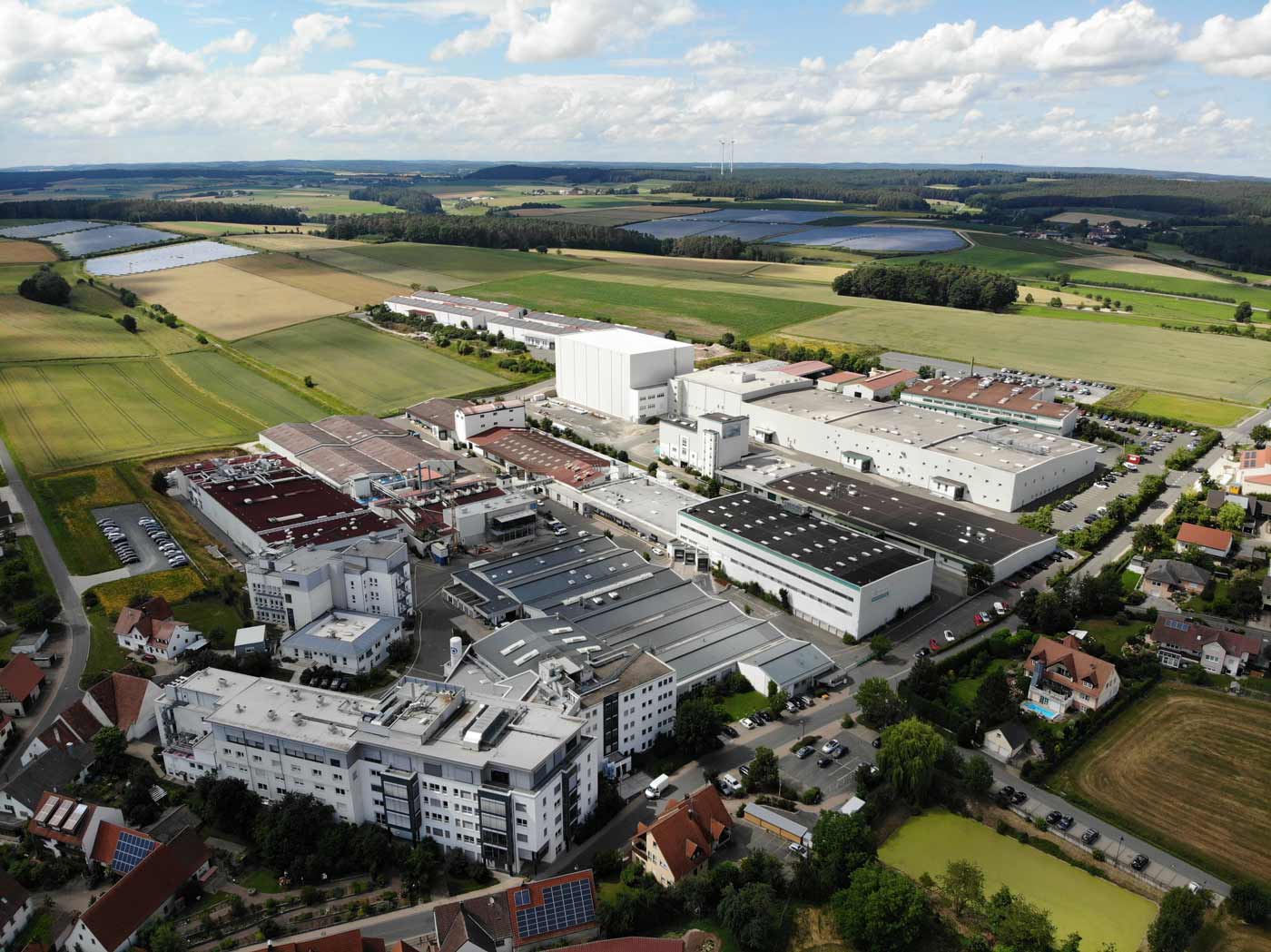 A diverse range of products

Over the decades, our product portfolio has steadily developed, adapting to the needs of our customers in the tea, beverage, food and animal feed industries. Our herbal and fruit tea Product Development department creates around 7,000 products every year, developed especially to fulfil our customers’ specific requirements. The tailor-made, trend-setting products include our SuperFine® powders – powders made from plants like turmeric and red beet that are ground exceptionally finely and are ideal for use in chocolate, for example. Another innovation is our Strong Infusions – freshly brewed leaf teas or botanicals that give ready-to-drink (RTD) beverages a full, authentic taste of tea, fruits and herbs.

Alongside economic and ecological considerations, the Martin Bauer Group cares about social projects. It has partnerships with a school and a city, it donates money to regional charities, and it initiates social projects in the countries where we source our products in order to support the people working in our supply chains. As a family business, we care about communities and social cohesion, and we consider it our responsibility to lend them our support. In respectful memory of their founding father Martin Bauer, the Wedel family promotes awareness of herb-growing traditions with its Martin Bauer Herb Garden and the Herb Trail. These two idyllic local facilities allow visitors to explore the world of herbs in the Aischgrund region and explore the roots of an important local entrepreneur. 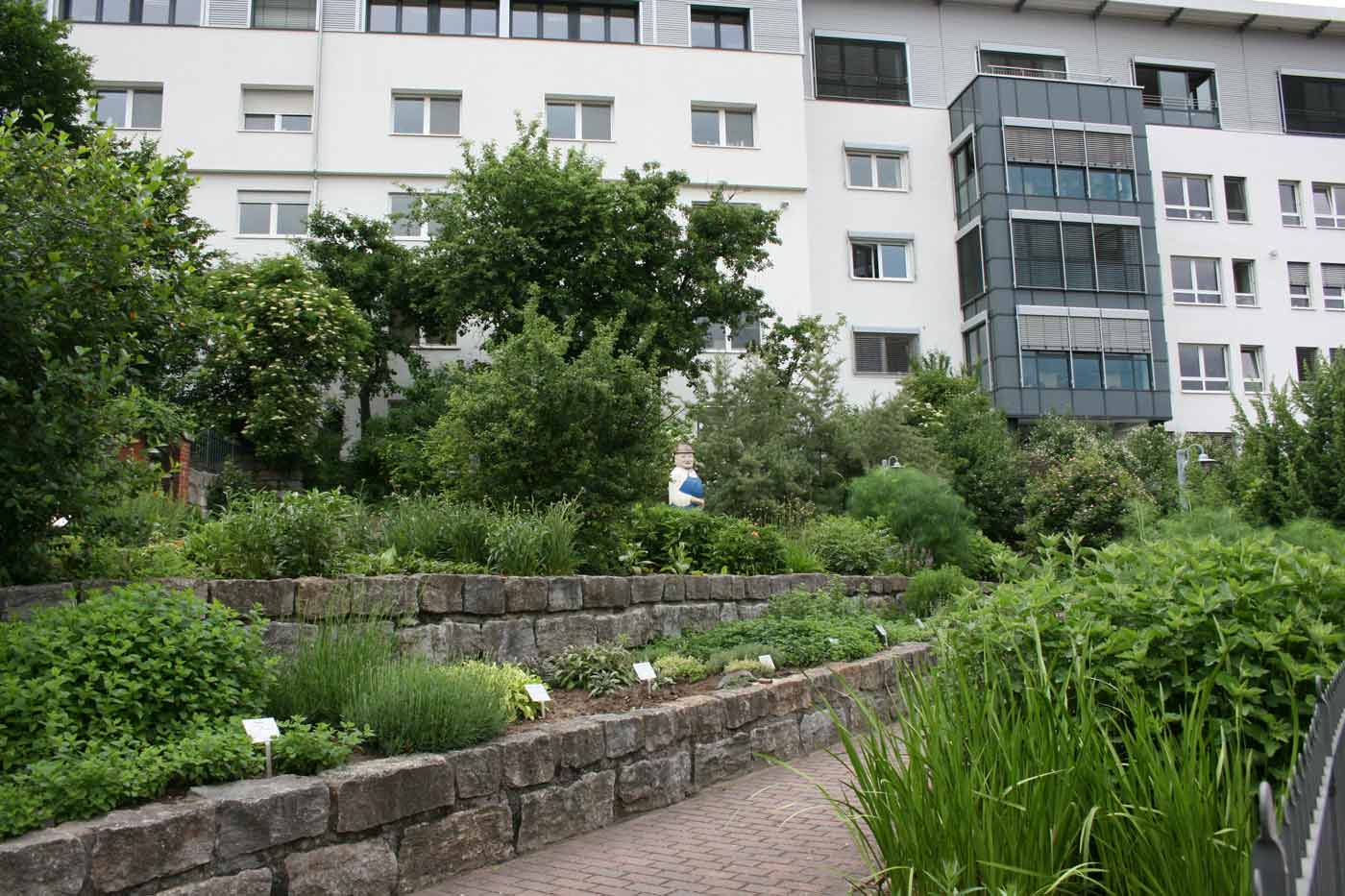 Strictly Necessary Cookie should be enabled at all times so that we can save your preferences for cookie settings.

This website uses cookies to collect anonymous information such as the number of visitors to the site, and the most popular pages.

Description: Used to remember a user's language setting to ensure LinkedIn.com displays in the language selected by the user in their settings.

Description: Used to store consent of guests regarding the use of cookies for non-essential purposes

Description: It contains Base64-encoded data of visitor’s session (referrer, number of seconds from the beginning of session, shown smart messages in the session), that are used for personalisation purposes.

Description: Opt-In cookie saves the decision of a user, whether on a page tracking Opt-in should conducted.